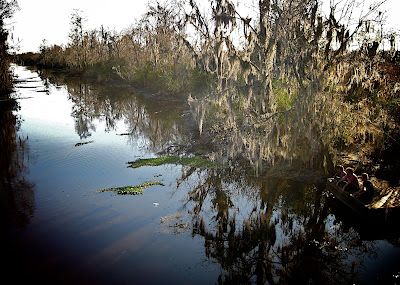 We woke late of course. A rooster was bawling from somewhere behind the abandoned elementary school across the street. I rousted myself with some wickedly-strong coffee and went to check on the bike. I half-expected her to be gone, or at least missing some chrome, but she was waiting patiently in the late morning sun. It was warm, the warmest day of the trip by far. I shed my thermal for the first time since leaving Delaware and tested the tire pressure, fluids, and few randomly selected bolts. The tires were fat with air, despite the countless piles of broken glass I'd run across on the way in. It was a minute from noon, so I scrapped any thoughts of leaving that day. There was a heavy storm blowing east from El Paso, but there wasn't going to be any way of avoiding it. I'd been lucky so far and guessed I was due for some wet riding.

NoDance, Gunker, and Kells were on the front porch when I came out of the backyard and we rambled down to the cornerstore for breakfast. An hour later we were in the bayou, southeast of town. A series of mile-long boardwalks carried us over the thick swamp water and knobby cypress knees. Insects and tree frogs rattled from the green-brown bog and we chanced upon a small alligator sunning near the water's edge. His thick, jointed tail looked like the shredded truck tires that litter the interstates. It seemed a thousand miles from the city and the noisy revelry of the night before. A Barred Owl passed above us, disturbed from some tucked-away roost. A life bird for me, having only heard their guttural calls, but never seeing one. Several species of woodpecker flitted in the snags above the swamp. A solitary Great Egret stalked minnows in the shallow water. After four miles of trudging in the bayou we returned to NoDance's car (a German machine that ran on vegetable oil). A few troopers in the parking lot were on high alert, having heard some gunshots in the swamp. They left us alone, but let off their steam out by detaining a group of teenage softball players who'd been spotted throwing rocks at gators.

A tremendous pasta dinner back at Milo's before heading to a show downtown. The road closest to Milo's was shutdown due to a shooting, so we took St. Claude. We missed the first band but showed up as Tim Barry, a punk-rock redneck Woody Guthrie of sorts, was hammering away on acoustic guitar. The crowd cleared out when Barry went off, but the next band went right in. They filled the half-empty hall with beautiful mix of brass, accordion, and euphonium. We listened, mesmerized, for the full set. The rest of the crew convened to round the night out with drinks on Bourbon Street, but I went back to Milo's for an easy end. I'd had my fill of the city. The ride to Austin was a long one, and I needed some rest if I was going to face off with the coming storm. 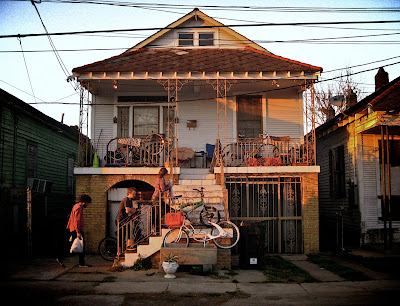