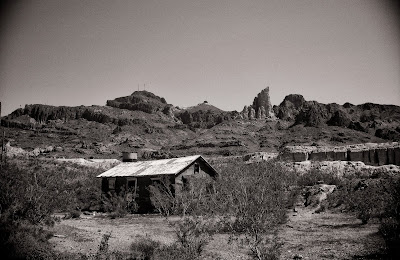 We work sometimes on the fringe of civilization. Territory mapping birds as they move along the Colorado River, taking our plots as they come. More often than not this finds us in remote river washes, down rock-strewn jeep tracks, and in impossible jungles of salt cedar and mesquite.

The Bill Williams river runs down from the empty desert east of highway 95, filling the Colorado with cold, silty waters. It meets the river in a beautiful delta, decorated with scenic overlooks, interpretive signage, and a cozy visitor's center.

Things change quickly, tracing the tributary east to its source. The dirt road turns rough, and ends in a sandy wash two miles up. Here, the wash fills with water, and walking is a waist-deep affair. As the river snakes and bows east, the mountains surrounding it become tall, jagged, and red. Lion tracks pepper the soft earth.

Five miles more brings one to the abandoned mining claims of Mineral Wash, old shafts barred and boarded. Rusting equipment dies in the sun on the side of the road. The slag piles thin out and the river finds its way through Planet Ranch. The ranch is perhaps the last standing settlement this far out, though it is only a shade of its original form. A few buildings remain, including a small bunkhouse used only by government biologists (and crazy bird-chasers like us).

Pat and Jerry, the caretakers, are peculiar but friendly folks, granted you arrive armed with Bud Lite and a few hours of conversation. Past this tiny bastion, the land spreads and is ever wilder. A handful of dune riders and dirt bikers venture past the old ranch, but it is mostly raw and empty.

It is in these places, and the pockets of wilderness leading to it, that one can find the things more dangerous than rattlesnakes and killer bees. There are rumors of meth labs, squatters, and strange outlaw camps. No one is willing or able to clear these areas, and so the wild inhabitants live untouched.

Such is the nature of the following email, sent to our crew by the biologist at the Bill Williams Refuge:

Just got a briefing from Tim, our Law Enforcement range that a guy has been documented back in the area of the refuge that you should be aware of. He is 6'4, 190lbs, 61, in good shape, long graying hair and beard, and is a survivalist type. He may have a horse or burro.

He has been in and out of jail and the refuge (including cultivating marihuana and poaching) in the 1980s and 1990s and is prone to living out in the rough. Various researchers in the past have bumped into him and he has never been hostile before to anyone but law enforcement but still, you should be aware when you are out there and report anything that makes you uncomfortable or is out of the ordinary. Maybe you should work in pairs if at all possible and be sure someone always knows where you are and when to expect you back. Tim has a photo here at the office if any of you want to see what he looks like.

Not trying to scare anyone but just keep your ears pricked. Pass along to any of the crews you know working here for the duration.

Such are the strange places we find our birds and our livelihood. 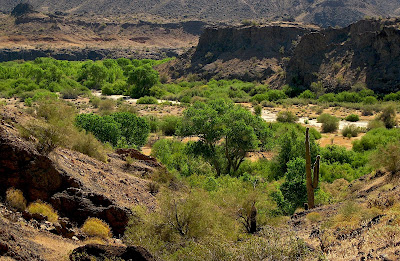