How Not to Stop a Motorcycle 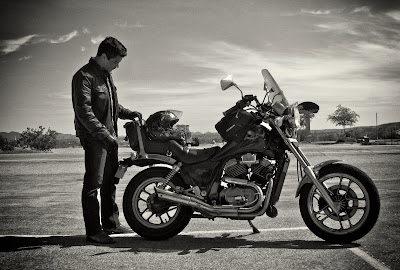 Two-thirty a.m. came too quickly. I unwrapped myself from bed and lifted into partial consciousness. The wind had calmed and I felt a little better after three hours' sleep. One banana and an oatmeal Clif bar put just enough weight in my stomach to stave off the morning's chill. I rode eighty-five miles an hour back to town, the Dipper and the North Star low in front. I was glad for the music I'd brought and I cleared the first 50 miles in record time.

I was nearing the highway and slowed a touch to 70. The streetlights disappeared and the road grew dark. I knew the highway was coming but couldn't yet see the intersection. I should have slowed down, but haste and sleep deprivation hung heavy. Suddenly a red flash appeared on the road. A twisted stop sign, torn or pried from it's usual post at the highway junction, lay on the ground.

I was still cruising near 65 mph. I'd been relying on the sign to alert me to the coming of the road. It was too late and I was moving too fast. I slammed on both brakes but the highway was already below me. The bike went sideways in a slide, the rear tire flipping out to the right.

I knew I could clamp the brakes harder, stopping but probably toppling the bike, or I could ride out the slide, staying up but skidding sidelong across the highway's four lanes. I had only a moment to decide. I could see no oncoming headlights to my sides. I took a deep breath and slid the rear tire hard. The bike flailed, but stayed up, and I smeared the tires across the length road.

I slid the entire distance and then some. The smoking tires came to a sudden halt, stopping just short of the train tracks on the opposite side. Finally, all was still again. I cut the engine and breathed deeply, listening to the quiet of the night. 'Jeeeesus!' I shouted into my helmet.

It was the closest I'd ever come to a wreck. I'd skid across the road, half-expecting the crush of a sidelong blow. A fast-flying drunk, or a roaring 18-wheeler, perhaps. Luck, and a lot of (now worthwhile) skid practice, had done me well. I made it to the next town without much time to dwell on the close call. I fired up Jaybird again and put the Dipper in front of me. 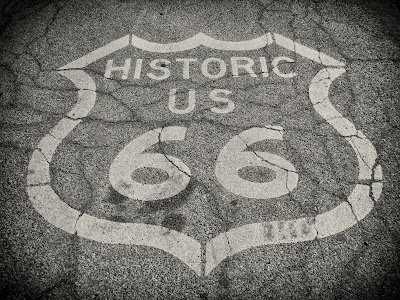